On December 25th, 2010, New Jersey woman Donna Simpson sat down on a steel reinforced chair to a 30,000-calorie meal on her way to her goal weight of 1,000 pounds. To be clear, she was not working to decrease her weight to 1,000 pounds, she is attempting to gain enough weight to grace the pages of The Guinness Book of World Records as “The fattest Woman in the world”.

The meal started off with two 25 pound turkeys and two maple-glazed hams, followed by 15 lbs. of potatoes, five loaves of bread, five gut filling pounds of stuffing, four pints of creamy gravy, four pints of cranberry dressing and 20 pounds of vegetables! Well, at least she got her veggies in! To top off the meal before the diabetic coma set in, she scarfed down a desert made of marshmallow, cream cheese, whipped cream and cookies.

That begs the question, “How exactly does she define health?” This is really a good question to ask yourself as well. “How do you define health.” Pretty much the only way that she could rationalize her current state of health as “healthy” is if she defined health as “as long as you are still breathing.” I assure you, even though she continues to breathe, underneath it all, physically and figuratively there isn’t an ounce of “healthy” in there. The truth is, the grim reaper is speeding in her direction on a bullet-train from heaven; he’s in transit, but he just hasn’t arrived yet.

Anyway, I don’t tell this story to pick on Donna. I tell the story for your good, so that we can pick out the nuggets of learning from Donna’s situation. So you may be asking, what in the world could we learn from a woman who is trying to gain fat rather than lose fat? That’s a good question, but I assure you there i 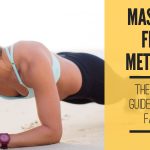 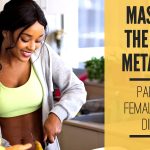